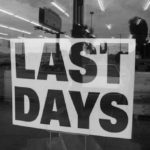 Global events which are aligned with Biblical prophecy are occurring so quickly lately that it's been said that its as if Biblical prophecies about the End Times or Last Days are now a script for the headlines. Hopefully, you already know that the world actually doesn't actually 'end' anytime soon. However, what is about to happen on this planet is not something I would wish on … END_OF_DOCUMENT_TOKEN_TO_BE_REPLACED

Jan Markell, of Olive Tree Ministries, discusses 15 signs of Jesus Christ’s imminent return as reflected in the current world events and individuals that fulfill Word of God. Calls for Peace and Security Business as Usual Around the World Mocking and Scoffing Rise of Wickedness Soaring Strong Delusion Surge in Mark of the Beast technology. Third Temple … END_OF_DOCUMENT_TOKEN_TO_BE_REPLACED 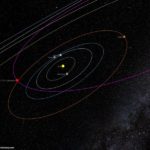 To-date, 4007 comets have been discovered...6 of those were discovered in the last year, 2017. One of those six comets is labeled as C/2017 E1, The Borisov Comet, named after Gennadii Vladimirovich Borisov who discovered it in Crimea on March 1, 2017. This is the first time that this comet will have entered our solar system since Creation. The comet has an incredibly vast … END_OF_DOCUMENT_TOKEN_TO_BE_REPLACED 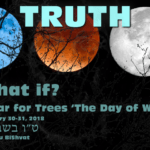 Today is the second day of Hanukkah, Festival of Lights, Feast of Dedication. In the last week, President Trump announced that the United States recognizes Jerusalem as the eternal, undivided capital of Israel and that the American Embassy would be moved to Jerusalem. Despite this decision having been made by Congress in 1995, it has been stalled for 22 years by the signing … END_OF_DOCUMENT_TOKEN_TO_BE_REPLACED