Intrigued by Comet Leonard, The Christmas Comet, The Mighty Lion

Yes, I do think there may be something to this recently discovered comet, it’s name and timing, and exact position in the sky relative to constellations with messianic symbolism is a little too much for coincidence. I haven’t been able to stop thinking about it for 3 weeks now.
To recap, the comet was discoverd by Greg J. Leonard at an observatory in Arizona on January 3, 2021. The name ‘Leonard’ means ‘Mighty Lion’, ‘Brave Lion’, or ‘Lion-hearted’. 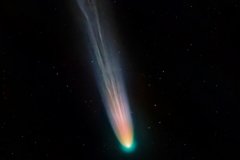 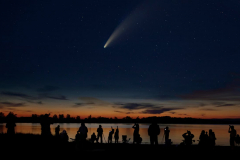 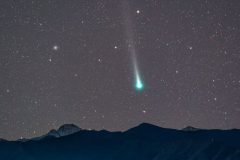 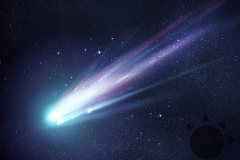 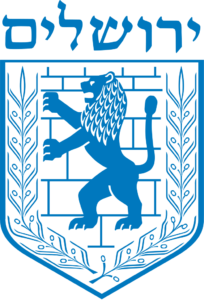 The lion has been a symbol of the tribe of Judah, which is known as the kingly tribe (King David was of the tribe of Judah) since the blessing that was given by Jacob to his son Judah in the Book of Genesis. Even today, the emblem of Israel features the Lion of Judah on a shield, which was officially adopted in 1949.
In Revelation 5:5, we read, “Do not weep! See, the Lion of the tribe of Judah, the Root of David, has triumphed. He is able to open the scroll and its seven seals.”
Jesus/Yeshua is a direct descendant of King David through both his mother and father’s family tree, as outlined in Matthew 1.
Jesus/Yeshua is the “Lion of Judah”, the mighty lion, the King. As of today, most people in the nation of Israel still don’t recognize this to be true, but they will soon.
Amateur atronomers are told to look for Comet Leonard in the early evening sky near the planet Venus, the brightest planet, so it’s easy to find. Its interesting to note that Venus is seen in the evening sky in the winter, and in the pre-dawn sky in the summer. Two other names for Venus are “the morning star” and “the evening star” Jesus says in Revelation 22:15 “I, Jesus, have sent my angel to give you this testimony for the churches. I am the Root and the Offspring of David, and the bright Morning Star.” Venus is the brightest natural object in Earth’s night sky after the Moon and is visible to the naked eye in broad daylight.
Comet Leonard, the brightest comet of 2021, first became visible to amateur astronomers in the Constellation Bootes around December 6th and passed closest to Earth on Dec. 12th. ‘Bootes’ means the herdsman, ox driver, or plowman in ancient Greek. The constellation art for Bootes depicts a man holding a spear in one hand, and a sickle in the the other. In Revelation 14:14-16 we read how Jesus appears as one “Like the son of man” who will reap the harvest of the Earth. The sickle is the most common tool for reaping the harvest. Bootes is associated with the Constellation Virgo which tells of the Promised Seed of Woman in Genesis, and is located directly NW of Virgo. As you can see, the symbolism is very messianic.
Now there’s something else interesting about the Constellation Bootes that I don’t quite know what to do with. The brightest star in Bootes is named Arcturus and is the 3rd brightest star after the Sun. Arcturus is the Latinized Greek word for “bear chaser”. The
Greeks saw Arcturus as the guardian of both Ursa Major and Ursa Minor (the bear constellations). The Prophet Amos glorifies the Creator as “Him that made Kimah and Kesil”, rendered in the Vulgate (the Latin Bible) as “Arcturus and Orion”. However, the word “Kimah” does not mean “Arcturus”. The word, which occurs twice in the Book of Job (9:9; 38:31), is treated in the Septuagint version as equivalent to the Pleiades, which is mentioned in Amos 5:8; Job 9:9; and Job 38:31 Like I said, this is very interesting, but I don’t know exactly what to make of it.
On a side note, the Constellation Orion is mentioned in the Bible 3 times (Job 9:9, 38:31; Amos 5:8), using the Hebrew name Kesil (כְּסִיל) which means “Fool.” This is derived from the same word used in Proverbs nearly 50 times to describe a foolish person. In Greek mythology, Orion was a hunter. The Latin name ‘Orion’ is derived from the Akkadian name ‘Irion’ which means “the light of heaven.” In John 8:12 we read, ‘Jesus again spoke to them, saying, “I am the Light of the world; he who follows Me will not walk in the darkness, but will have the Light of life.” Orion includes 2 of the 10 brighest stars, Rigel and Betelgeuse. The name ‘Betelgeuse’ is thought to mean ‘the hand of the central one’ and ‘Rigel’ is thought to mean ‘the left foot (or leg) of the giant’.
Comet Leonard

and will round the sun at perihelion on January 3, 2022. Comets are typically brightest around perihelion, and Comet Leonard has been brightening and is still getting brighter. The possibility exists that there will be more outbursts of brightness as Comet Leonard draws nearer and nearer the sun.

The night is almost gone, and the day is near. (Romans 13:12)
Look up, for your Redemption draws near. (Luke 21:28)
Are there actually signs of the Rapture?  Yes and no.  Despite the misinformed opinions of those in error, the Rapture does happen before the Tribulation and before the Second Coming of Christ.  So as of this moment, all of the convergence of prophesied end times signs that the world is witnessing point to his return can be said to be signs of the Rapture, an impending event is said to be imminent, meaning it can happen at any time.  To argue otherwise is pointless and divisive.  Date setting is an entirely separate topic.  The opinion of this author is that there is a high probability that the Rapture (a hugely impressive Biblical event) will coincide with one of the Lord’s Feast Days as outlined in Leviticus 22.  But once again, to argue that the Rapture will happen on a specific upcoming date is pointless and divisive.
https://en.wikipedia.org/wiki/C/2021_A1_(Leonard)
https://www.space.com/comet-leonard-venus-skywatching…
https://earthsky.org/…/comet-leonard-might-become…/
Post Views: 229