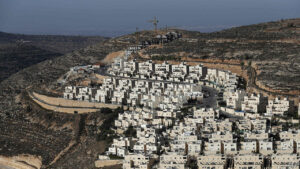 President Trump reversed former President Obama’s position towards Israeli settlements, and officially stated that the settlements do not violate international law.  President Trump said Israeli courts were better suited to decide the legality of the settlements, “not biased international forums that pay no attention to history or facts.” This essentially means that the US no longer views the West Bank as “occupied territory”…the land belongs to Israel.

Israeli settlements are civilian communities built and inhabited by Israeli citizens on lands occupied by Israel since the 1967 Six-Day War.