The amount of concern over Pres. Trump's decision to pull US troops out of Syria so Turkey can begin a military incursion is overwhelming. My opinion is that Trump is unlikely to be swayed by those who disagree to the point of reversing his decision. His explicit threat on Twitter to destroy Turkey's economy if his agreement with Turkey's Pres. Erdogan is not upheld is … END_OF_DOCUMENT_TOKEN_TO_BE_REPLACED 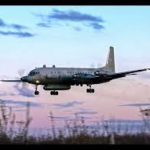 Syria Shoots Down Russian Plane Russia has provided Syria with S-400 missiles in the wake of the Syrian Army mistakingly shooting down a Russian intelligence-gathering aircraft killing all 15 onboard in September 2018.  Even though everyone acknowledges that it was Syria, Israel is being blamed.  The S-400 missiles will extend Syria's reach within Israel.  This may be … END_OF_DOCUMENT_TOKEN_TO_BE_REPLACED

Today is the second day of Hanukkah, Festival of Lights, Feast of Dedication. In the last week, President Trump announced that the United States recognizes Jerusalem as the eternal, undivided capital of Israel and that the American Embassy would be moved to Jerusalem. Despite this decision having been made by Congress in 1995, it has been stalled for 22 years by the signing … END_OF_DOCUMENT_TOKEN_TO_BE_REPLACED

A multitude of prophecy teachers and prophecy students alike are abuzz regarding a recent development in the Middle East. For the first time ever, the countries of Russia, Iran, and Turkey have formed an alliance regarding the fate of Syria. Here's one article on the alliance from Newsweek November 22, 2017. The reason for all of the excitement?  These three countries … END_OF_DOCUMENT_TOKEN_TO_BE_REPLACED

A massive meteorite streaked through the sky above Russia's Urals region on Feb. 15, 2013.  The blast which was equivalent to 300,000 tons of TNT shattered windows and caused damage to more than 3,000 buildings, injuring over 1,000 people. 8 months after the incident the 570 kg meteorite was extracted from Lake Chebarkul.  This was one of the biggest meteorites ever … END_OF_DOCUMENT_TOKEN_TO_BE_REPLACED