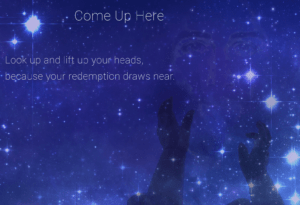 The Woman in Travail, which is a painful or laborious effort.

The astronomical events referred to as the Revelation 12 Sign of Sept. 23, 2017 were a depiction of a woman, a conception, a full-term pregnancy, and the birth of a male child.

Allow me to highlight these points:

There are two ways of interpreting both the scripture in Revelation 12 and the associated story ascribed to the astronomical events of Sept. 23, 2017 commonly being referred to as ‘The Revelation 12 Sign’.

The first is obvious;  the woman is the Virgin Mary who gave birth to the Messiah, Jesus/Yeshua.

However, an event that happened a little more than 2,000 years ago hardly qualifies as being prophetic, as prophecy deals with the future.  John the Revelator was given a vision of things to come, not things which already happened.

For when they say, “Peace and safety!” then sudden destruction comes upon them, as labor pains upon a pregnant woman. And they shall not escape.

But you, brethren, are not in darkness, so that this Day should overtake you as a thief.

You are all sons of light and sons of the day.

Is the Church not the ‘body of Christ’ where He is the Head and the Church is the body?

Is Christ not the ‘first fruits’ of the dead who are raised to life?

Does the head not precede the body during natural birth?

Was Christ not ‘born again’ when He rose from the dead having put off the perishable for the imperishable? Trading His fleshly body for His eternal body?  He did not see decay…he was transformed.

A woman’s labor is like a short time of pain that will lead to joy that continues forevermore.  A 7-year period of time is quickly approaching when Israel will be persecuted like never before.

This period of time is known as the Time of Jacob’s Trouble, or the Tribulation and will be a time of great pain and sorrow.

However, before this period begins, those who know that Jesus/Yeshua is the Messiah, both the dead and the living, will rise to meet Messiah in the clouds to be with Him forever. This is the Blessed Hope.

By no means is the mention of dates a suggestion that the Rapture or ‘catching away’ of Jesus/Yeshua’s Church will happen on any of those days.

However, to those who are ‘awake’ and who are paying attention, it certainly does seem likely that something significant will happen soon that is tied to the events on these dates.  The convergence of Signs has only intensified these last six months as global events seem to be following Biblical prophecies of the End Times as if a script were being acted out.  For instance, the countries which are foretold to invade Israel in Ezekiel 38 never before have formed a coalition, yet this has happened and already been reaffirmed in the last couple of months. Russia, Turkey, and Iran are now formally united against Israel.  Never before has Damascus, Syria been on the verge of being totally destroyed, to the point of being uninhabitable.  Today, most of the city is destroyed, but not yet completely destroyed. The stockpiles of chemical weapons in and around the city could very easily be the cause of the city’s upcoming desolation.  It’s not hard to imagine how either the chemical weapons themselves, or nuclear retaliation for their use against innocent civilians in neighboring Israel could be the cause of the city’s pending destruction.

All the while, whether they are aware of how they are fulfilling prophecy or not, the leaders of the world are calling for ‘Peace and Safety’ or ‘Peace and Security’.

Whether one puts any stock into the validity of the astronomical event of Sept. 23, 2017, or not, global events which were prophesied about 2,000 or more years ago are accelerating right now like never before.

That being said, give thought to this… In Isaiah 66, the woman (Israel) is said to give birth to her ‘children’ BEFORE she was in labor, before her pain came.  This event is emphasized as being highly unusual by the asking of the question, “Who has heard such a thing? Who has seen such things?”  So the question must be asked, “What if it is true that the Church is the male child?” The male child who is born BEFORE the upcoming painful, sorrowful time for Israel.

What if the use of the Greek word ‘harpazo’ in Revelation 12:5 is acutely intentional and does in fact mean ‘rapture of the church’ in this context?  This interpretation can’t be ruled out.  It is possible.  And if it is possible then our time may be very short.

Be faithful witnesses and look up, for our redemption, our Blessed Hope, draws near!

Personally, I am more inclined to believe that the Rapture would coincide with the Feast of Trumpets in the Fall.  This  ‘moed’ or ‘appointed time’ is historically known as ‘the hidden day’ or ‘the day which no man knows the hour’ as it was dependent on the sighting of the new Moon.  But God is Sovereign and will come when He will come, which could be at any time…especially in light of world events.

Share the Gospel. Share the Good News that despite our sin and having broken God’s Law, God himself paid the price for us, having humbled Himself to leave His throne in heaven to be born as a sinless human, being God in the flesh with a mission to pay the penalty for sin which required death, but in death our place.  And having died on the cross, He rose from the dead three days later having conquered death…so that those who believe and who confess their sin and their need for Jesus/Yeshua’s gift might inherit His free gift of everlasting life in His presence.

Pray out loud or silently, “Jesus/Yeshua forgive me, for I have sinned against you by breaking your law.  Please come into my life, save me.  I believe you died for my sake because you love me. I believe you rose from the dead and that you’re coming back soon.